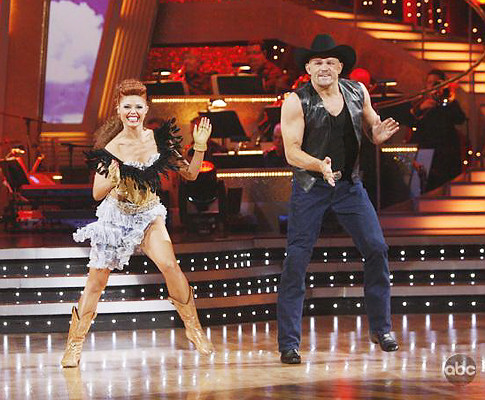 If there was no “Ultimate Fighter” we would not have seen an MMA fighter like Chuck Liddell competing on “Dancing With the Stars”.

DANCING WITH THE STARS - “Episode 904″ - On week four of “Dancing with the Stars,” the remaining couples competed against each other with four new dances: the Bolero, the Charleston, the Lambada and the Two-Step, on MONDAY, OCTOBER 12 (8:00-10:02 p.m., ET) on the ABC Television Network. (ABC/ADAM LARKEY) ANNA TREBUNSKAYA, CHUCK LIDDELL